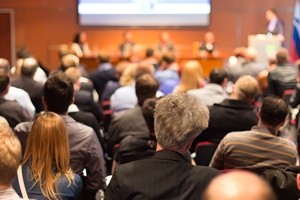 The recent CHIME forum renewed emphasis on Meaningful Use and potential penalties in early 2015.

With 2014 quickly coming to a close, the healthcare industry is renewing its emphasis on pushing providers to adopt Meaningful Use (MU) Stage 2 reporting standards. This was the subject of last week's College of Healthcare Information Management Executives' (CHIME) 2014 Fall CIO Forum, where stakeholders convened to discuss how to prioritize MU Stage 2 alongside other key issues like ICD-10 and cyber protection for medical records.

Chief among the issues discussed was the impending Medicare and Medicaid deadline. In accordance with the 2009 stimulus bill, providers who integrate MU Stage 2 reporting into their recordkeeping may be eligible for reimbursements from Medicare and Medicaid. Conversely, not abiding by these requirements can result in penalties for clinics and hospitals as soon as early 2015, which is increasingly becoming a pressing concern for the relatively few amount of professionals who are eligible for — but currently failing to attest to — Stage 2 guidelines.

At the forum, CHIME's vice president of public policy, Jeff Smith, asserted that the college is collaborating with the Centers for Medicare and Medicaid Services (CMS) "to try and figure out a way to make these numbers better." Industry news source iHealthBeat adds that one proposed suggestion calls for cutting down the MU reporting period from the whole of 2015 to a simple 90-day window.

While groups like CHIME doubling down on efforts to ease the transition into Meaningful Use and other similarly important industrywide updates, providers and physicians can do their own part by incorporating new chiropractic EHR software into their practice's administrative duties. The best chiropractic EHR software package can streamline recordkeeping and even reduce related costs of patient care, all without disrupting typical workflow.