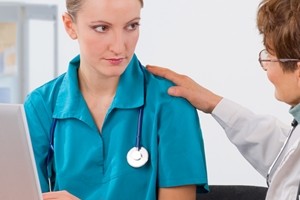 Even though ICD-10 may be delayed, healthcare groups should continue to proceed with prep work for Meaningful Use Stage 2.

At the beginning of this month, Congress and President Obama agreed to pass a law that, among other things, would delay the implementation of the new ICD-10 coding language to at least 2015. That decision, along with the Centers for Medicare & Medicaid Services' (CMS) subsequent silence on the matter, prompted a wide variety of reactions from the healthcare industry, to say the least.

Both providers and payers have expressed seemingly equal measures of disappointment and relief over the delay. Some have voiced the criticism that an extension (particularly one that hasn't even been given a new concrete deadline yet) will undercut the momentum that had been building up this year while others have said they simply would not have been ready in time for an October 1, 2014, start date. Regardless of which side you fall on, the facts remain that clinicians and practitioners now have at least another year to get their chiropractic EHR sorted in time for ICD-10 implementation. This begs the question: what should healthcare organizations and vendors be doing in the meantime?

For Michael Lovett, Executive Vice President and General Manager of NextGen Healthcare Information Systems, one of the biggest stumbling blocks to be overcome during this period is reeducation — specifically in terms of making a clearer distinction between ICD-10 and Meaningful Use Stage 2. While the former has been pushed back, the latter is still on track for a 2014 launch, which some clinics and practices may not be ready for because they are used to associating the two upgrades together.

"For the longest time, since those [October 1, 2014] dates kind of converged, the concepts in a lot of practices' minds converged. You wouldn't hear Stage 2 Meaningful Use without ICD-10 in the same breath," said Lovett, in an interview with EHR Intelligence. "And once that gets imbedded in somebody's brain, that's what they're thinking, and then when they hear notices about something getting delayed, they just assume that the pressure is off for everything [...] [The industry needs to stay] focused on moving towards the Stage 2 deadlines, what that means for them and then moving them forward with ICD-10."

It's imperative that eligible providers and payers continue to proceed with their Stage 2 prep, as these new EHR guidelines will not be affected by the ICD-10 delay. Falling behind schedule on meaningful use transitions can end up proving detrimental to any medical practice. Luckily, there's chiropractic documentation software available that can help ease this transition for practitioners and clinics and ensure that their EHR standards are brought up-to-date, all without creating any impediment to their daily workflow.