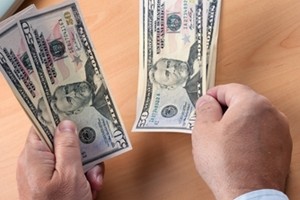 You may accrue more than a financial penalty if you opt out of chiropractic EHR.

With so many reports about the difficulties of chiropractic EHR implementation and the number of physicians who seek out EHR replacement software within a year or two of adoption, it would be unjust for us to sugarcoat this process. Yes, transitioning to digitized documents is not without its hurdles, though the best chiropractic EHR providers take a preemptive approach to these challenges through training, ongoing customer support and an adaptable product.

However, if you've been burned by an unreliable EHR provider in the past, or have heard one too many horror stories from colleagues, you may be tempted to opt out of the digital revolution altogether – even if it means suffering fiscal penalties at the hands of the federal government. According to the industry news outlet Modern Healthcare, leaders in the field including Dr. Jason Mitchell, director of the American Academy of Family Physicians' Center for Health Information Technology, have voiced concerns that many doctors simply won't be willing to meet federal mandates for EHR use.

"We saw a 17 percent drop off of meaningful users that engaged in 2011 but didn't in 2012. I think it's going to be more for 2013," Dr. Mitchell said in an interview. He added that physicians who ultimately opt out of the incentive may be considerably less likely to try again later on.

It's important to note, though, that there is more at stake for physicians who choose not to adhere to meaningful use regulations than a penalty alone. Remember, as frustrating as they may seem at first, advancements in healthcare IT have been introduced with one end goal in mind: improving the care you provide for your patients. With the right chiropractic EMR software and ample support from your provider, you can free up valuable time to devote to clinical hours. This can also enable you to accommodate more patients and ultimately boost your revenue in the long-term.