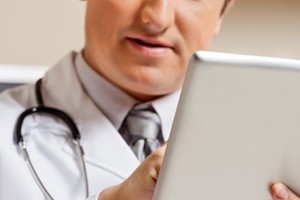 With all of the buzz surrounding ICD-10, it can be easy to forget that the healthcare industry is undergoing another major EHR upgrade with Meaningful Use (MU) Stage 2. Providers who report chiropractic EHR in line with MU Stage 2 standards may receive Medicare and Medicaid payments, which have been serving as financial incentives for practices to adopt EHR use. While the Centers for Medicare and Medicaid Services (CMS) recently proposed a new rule that would allow the industry an additional year to meet these Stage 2 requirements, the providers able to attest to this benchmark increased by a significant amount in July.

Industry news source iHealthBeat reports that as of August 1, 2014, approximately 5,365 medical professionals — 955 of whom are new MU participants — have been able to attest to Stage 2 reporting this year. Additionally, 322 hospitals — over one-third of which are also new to the program — reported Stage 2 standards for 2014 as well.

To date, the Meaningful Use program has dispensed over $24.7 billion in Medicare and Medicaid incentives to eligible providers.

Of course, adopting chiropractic EHR software can do more than just yield incentive payments from the government. EHR has been found to streamline and simplify a clinic's recordkeeping needs, provide more thorough and accurate patient diagnoses and even reduce patient care costs.