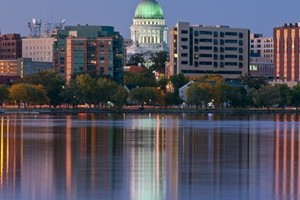 Wisconsin is one of the best-performing states for EHR adoption so far.

Chiropractic practitioners are now only eight months away from the meaningful use Stage 2 deadline, and while practices have had plenty of time thus far to make the shift to chiropractic EHR software, a new report finds that an alarming number of doctors are running behind schedule.

Healthcare IT News reports that only 13 percent of office-based physicians have made the necessary EHR adjustments to accommodate at least 14 of the 17 core objectives outlined by Stage 2. As the source writes, this could end up proving to be a "rude awakening" for several practices come October.

Luckily, there are also silver linings to this news. The HITECH Act, which was passed to provide $27 billion in funds to hospitals and other providers in order to present EHR meaningful use, seems to be working. Adoption rates for EHR systems jumped from 18 percent in 2001 to 78 percent last year, with EHRs that meet basic system requirements also improving from 11 percent seven years ago to 48 percent in 2013.

Some states performed better than others, with Wisconsin, Massachusetts, Iowa, Minnesota, Oregon, Washington and Utah all boasting numbers of EHR-ready doctors well above the national average.

"The report does also tell us there is more to do and we agree," Karen DeSalvo, the new National Coordinator for Health IT, wrote in a January 17 blog entry. "Overall, we are encouraged to see that physician adoption of EHRs meeting meaningful use Stage 2 is increasing significantly and that physicians are recognizing the value of EHRs in the care setting."

There's still plenty of time left for practices across the country to update to the best chiropractic EHR software so that they will be ready well in advance of the October deadline.