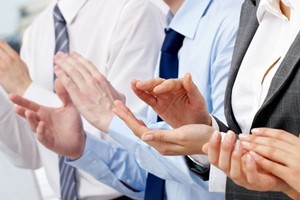 Despite the consistent hubbub over whether meaningful use stage 2 should take effect in 2014 as currently planned, one prominent figure in the landscape of health IT recently told attendees at the College of Healthcare Information Management Executives (CHIME) Fall CIO Forum in Scottsdale, Arizona, that they should not bank on such speculation. Dr. Farzad Mostashari, who recently stepped down as the National Director of Health IT, served as a keynote speaker at the four-day event last week. Though Mostashari no longer has a direct stake in the advancement of meaningful use, he remains a staunch advocate.

HealthcareITNews reports that Mostashari was more openly critical of naysayers in his latest address than he had been as a government official.

"I think folks should assume that the timelines stick," Mostashari explained. "I'm no longer in the government and I can be pretty blunt about this."

Any alterations to the current meaningful use guidelines could substantially impair the progress made by in chiropractic EHR, Mostashari stated, noting that even minute changes could take up to nine months to actually be approved and set in motion.

Most of the concerns voiced about stage 2 of meaningful use have stemmed from the implementation issues medical practitioners are experiencing. In many instances, though, problems with interoperability relate directly to the quality of the chiropractic management software in use. As we've explored on this blog, the best chiropractic EHR software should be designed with usability at its heart, so that it can be effortlessly integrated into the day-to-day tasks within a practice. Further, even programs with the most intuitive interfaces should be paired with extensive training and technical support to ensure that nothing gets between physicians and their patients.