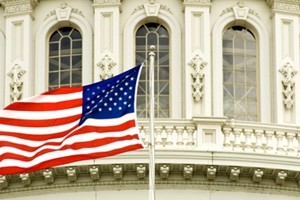 Vendors and health care providers met to discuss the difficulties of meaningful use, which can be addressed with the chiropractic EHR software.

With the deadline for meaningful use stage 2 looming, many practices are investing in chiropractic EHR software to prepare for the stricter requirements this shift will entail. However, while the right technology can certainly facilitate this transition, many physicians are still concerned that they may not be on track to meet the rigorous documentation demands set to take effect in 2014.

This month, the U.S. Senate Committee on Finance has held two separate hearings to discuss the status of the meaningful use program and whether medical professionals may need more time get their affairs in order. According to FierceEMR, the first hearing took place on July 17, during which Republican senator Orrin Hatch of Utah argued that the meaningful use program itself needed to be reassessed to ensure its effectiveness.

An argument for the current deadlines

However, National Coordinator for Health IT Farzad Mostashari spoke up in favor of the current system, arguing that stopping and re-evaluating the program now would hamper the progress that has been so long in coming.

"We are finishing Stage 1 and we've had, I think, good results in terms of participation and achievement [...] We need to give Stage 2 a chance to move ahead and meet the urgency of the moment in providing support for coordinated care for the transformation in healthcare, and I believe that a pause would take momentum away from progress," Mostashari stated in his official testimony before the committee.

Mostashari has been an outspoken advocate for increased EHR adoption, and recently challenged the findings of a damning study alleging that transitioning to this digital documentation could ultimately lead to revenue loss.

His sentiments were echoed at the July 17 hearing by the Centers for Medicare & Medicaid Services' (CMS) chief medical officer, Patrick Conway, who extolled the benefits of EHR adoption during his testimony, arguing that, in offering incentives to transition to this system, CMS is furthering the use of health IT as a means to improve quality and care while reducing expenses.

During the second hearing on July 24, FierceEMR reports that vendors and health care providers, including Siemens Healthcare CEO John Glaser attested to the benefits of EHR adoption, but referenced the complicated nature of this process as grounds to delay current meaningful use deadlines.

Time will tell how this testimony affects the timelines for meaningful use attestation. However, chiropractors struggling to adhere to the requirements dictated by stage 2 can greatly simplify this process by investing in chiropractic management software that is optimized for this change and intuitive enough to incorporate into their existing workflow with minimal disturbance.