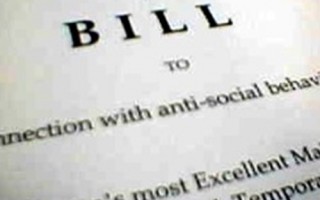 The economic stimulus bill impacted the healthcare IT industry.

The government has been actively involved in spreading the use of EHR technology throughout the healthcare industry over the last several years. President George Bush was first to push for healthcare IT as he instituted an executive order in 2004 that called for the creation of the national coordinator for health information technology.

The HITECH Act is the main piece of legislation that healthcare providers pay attention to when attempting to meet meaningful use criteria and achieve incentives. However, there is one other law that many do not connect to healthcare IT.

In February of 2009, the American Recovery and Reinvestment Act – legislation informally known as the economic stimulus bill – was signed into law. This law quickly made an impact on the health IT industry, as more recommendations were given to medical providers implementing EHR systems, according to the American Chiropractic Association.

The HIT provisions in the economic stimulus bill have provided greater support for medical providers including chiropractors that are switching to EHR systems. As previously reported in this blog, chiropractors are also eligible for incentive payments provided they achieve meaningful use requirements.

"Because incentive payments are fairly high, providers are required to reach a certain amount of Medicare billing in order to be eligible," writes Jaime Mulligan in an article for the news source. "For the first year, possibly 2011 or 2012, a provider must be paid at least $25,000 by the Medicare program to be eligible for the $18,000 EHR payment."

Chiropractors that are looking to achieve these incentives and lower healthcare costs by eliminating the use of paper records should consider purchasing chiropractic EHR software.