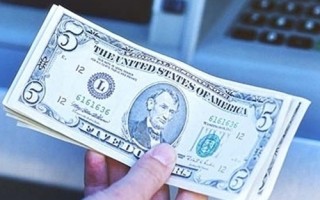 In April, medical facilities under the Medicaid program were eligible to receive monetary incentives from CMS for meeting meaningful use criteria.

As chiropractors and other healthcare professionals adopt EHR systems, the federal government is required to provide monetary incentives to those that meet meaningful use requirements. By the end of May 2012, the Centers for Medicare and Medicaid Services (CMS) paid out approximately $5.58 billion to healthcare facilities through its EHR incentives program, according to Healthcare IT News.

The exact figures have not been figured out as of yet, but CMS will provide this data by the end of June. The current results show that around 110,650 physicians and medical facilities have received incentives for installing EHR systems and meeting meaningful use requirements.

In the month of May, CMS paid out $346 million to Medicare suppliers and $205 million to Medicaid providers, while in April, more than 16,000 medical facilities received a total of $474 million in incentives.

April was the first month that facilities under the Medicaid program were eligible to receive these monetary incentives for meeting meaningful use requirements. The majority of states have started their EHR incentive program for hospitals and medical practices under Medicaid. However, New Hampshire, Hawaii, Nevada, Virginia and Minnesota are slightly behind and will be starting this program in the next few months.

In regards to trends in meaningful use data from last year, CMS' Office of eHealth Standards and Services specialist Robert Anthony told the news source that "It does appear that those coming in at the end were performing significantly lower in a way from those who came in the beginning. We're unsure whether that means that once you're a meaningful user, you're a meaningful user, or whether these are the folks in 2011 who were most situated to come in and incorporate it in the workflow. We'll want to look at whether the folks who came in 2012 differ in any significant way."

Chiropractors that are looking to meet meaningful use requirements and gain incentives should consider adopting certified EHR systems guaranteed to ease chiropractic workflow.