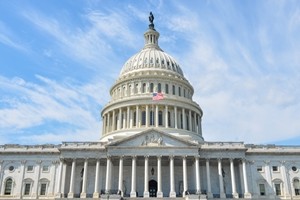 The Republican's Senate victories last week may pave the way for a meaningful use reform bill.

Last week's midterm elections saw the Republican party retake the Senate, giving them control of both houses of Congress for the first time in eight years. While the country has looked at a number of hot issues sure to be affected by this shift in power — from immigration to climate change — one that has seen little publicity has been how a Republican-led Congress will affect the healthcare industry's road to Meaningful Use Stage 2 adoption. With the old legislation and deadlines passed under a Democratic administration, could a Republican shift bring disruptions to the process? Or does the GOP turnover present more benefits than drawbacks for providers?

"The near-term impact is, just by virtue of a balance of power shift, that it created new opportunities for old ideas," Jeff Smith, the College of Health Information Management Executives' (CHIME) public policy director, tells TechTarget. "Now we might have an audience in the Senate that just might be willing to address problems in the administration of the meaningful use system and how the regulations have been written."

CIOs and other health IT providers had increasingly grown critical of Congress' expedited pace of Meaningful Use adoption, with many doctors, clinicians and hospital administrators complaining that stringent deadlines were leaving little room for properly integrating Stage 2 reporting into their chiropractic EHR systems and actually learning the ropes of what these chiropractic EHR software packages entail.

While incoming Senate Majority Leader Mitch McConnell has made no public remarks about what new approach, if any, the Senate will be taking to accommodating providers' needs, many CIOs are at least optimistic that a change in leadership will provide an opportunity for a new dialogue on how to reform the meaningful use system.