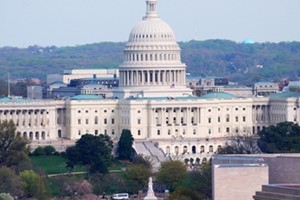 Americans woke up to a government shutdown

This morning, Americans awoke to a federal government shutdown, as Congress failed to reach an agreement on a spending bill in the late hours of September 30. The closure is poised to affect approximately 800,000 government employees in areas as diverse as National Park management and health IT.

In fact, prior to the official shutdown, the news outlet Government Health IT noted that this vital segment of the healthcare industry would be particularly vulnerable if Congress could not pass a budget plan.

"The Office of the National Coordinator for Health IT (ONC) would be hit particularly hard. Of the total 184 on-board staffers at ONC, only four would be retained and charged with handling 'orderly phase-down and suspension of operations'," editor Tom Sullivan posited.

The sweeping furloughs will likely result in the cessation of essential tasks including "standards and interoperability work, privacy and security policy activities, clinical quality measure development [and] maintaining the Certified Health IT Product List," writes Sullivan.

There has already been widespread speculation about the fate of the ONC and the meanin​gful use program after staunch EHR advocate Dr. Farzad Mostashari announced that he would be stepping down as National Coordinator for Health IT this fall, though Mostashari himself issued assurances that he had faith in the department's ability to spur further improvement and innovation. Now, the government shutdown poses yet another challenge for the ONC to overcome in a bid to expand the use of EHR software across the country.

Time will tell how the government shutdown affects meaningful use and the progress​ion of medical EHR in general. As such, if you are considering making this shift, make sure you invest in the best chiropractic EHR software for the job. Ideally, your chiropractic management software should be in​tuitive and backed up by the ongoing support and training of an engaged and accessible provider.