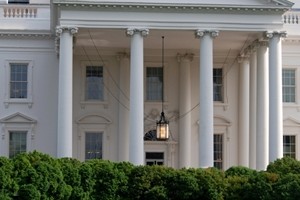 An official statement from the White House says meaningful use is right where it should be.

With so much back and forth about the state of the meaningful use program and whether stage 2 and stage 3 should go into effect as scheduled, it's easy to see why legislators and medical practitioners may have doubts about its efficacy. Perhaps as a bid to offset this skepticism, the White House recently released a statement on the status of its EHR incentive program, declaring that everything is "right on track."

"We continue to see progress in improving the nation's health care system, and a key tool to helping achieve that goal is the increased use of electronic health records by the nation's doctors, hospitals, and other health care providers. These electronic tools serve as the infrastructure to implementing reforms that improve care – many of which are part of the Affordable Care Act," the press release states.

Citing figures from the 2013 annual National Ambulatory Medical Care Survey, the source notes that as many as 80 percent of medical practitioners based in offices had relied on chiropractic EHR software and other digitized documents in 2013. In addition, 70 percent of respondents reportedly cited their intention to take part in the federal incentive program.

For all the kerfuffle surrounding EHR adoption, implementation and interoperability, it's clear that physicians are coming to rely more and more on this innovative technology to streamline their day-to-day practices and bolster the national health care system as a whole.

So what, then, is the source of all of the contention around EHR and meaningful use? More often than not, hiccups and breaches related to implementation stem from faulty software, improper training or some other lapse in expectation or communication between providers and practitioners. So, if you're preparing to take part in the federal EHR initiative, make sure you're working with a chiropractic EMR company that will support you through this process rather than hold you back.