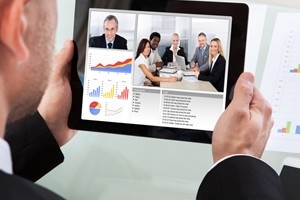 CMS has launched a new webcast series to help small practices prepare themselves for ICD-10.

As we discussed last week, one of the predominant struggles facing widespread ICD-10 adoption is that many providers — particularly smaller clinics and physicians' offices — are lagging behind in preparation efforts. While the implementation deadline may still be over a year away, that cut-off point will catch up with the industry far quicker than most realize — after all, this isn't the first time ICD-10 has been delayed.

These so-called implementation gaps emerging between hospitals and smaller practices raise a new problem where chiropractic EHR software utilized at one clinic may be incompatible with older chiropractic EHR at another provider. This incongruity in cross-platform use defeats one of the whole purposes of ICD-10 and EHR, which is to better promote the sharing of medical information from practice to practice.

To help ease preparation efforts for those smaller clinics that may be struggling to get up to speed in time, the Centers for Medicare & Medicaid Services (CMS) has launched a new ongoing webcast series, titled "Road to 10." This new webcast aims to detail some of the readiness tools that CMS can provide small practices with, as well as go over vendor concerns and answer questions over both internal and external challenges facing the average physician.

According to the agency's official statement, Road to 10 offers providers — among other things — clinical documentation tips, training calendars, clinical scenarios and coding concepts. This initial video will be followed by five additional webcasts in the weeks ahead.

Equip your practice with the best chiropractic EHR software to prevent any such incompatibility problems from flaring up next October.