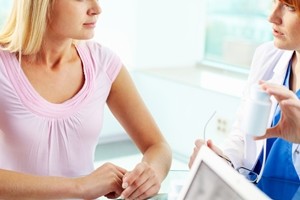 A new study finds some disconcerting gaps emerging between how different physicians are adopting chiropractic EHR.

Last week, we shared with you a new report that found the number of healthcare providers reporting Meaningful Use Stage 2 attestation jumped significantly last month, with about twice as many medical professionals and eight times as many hospitals hitting that EHR benchmark. But as good as those numbers may be, the unfortunate fact is that much of the industry is still struggling with trying to implement chiropractic EHR that brings their recordkeeping standards up to par.

A new study published in Health Affairs found that one of the major challenges facing industry-wide EHR adoption is the implementation gaps emerging between physicians. Compiling EHR data from 2009 to 2013, the study determined that as of last year, 78 percent of office-based physicians had incorporated EHR software into their recordkeeping, 48 percent of which met basic EHR system requirements. While this may look like a positive result at first glance, the problem emerged when comparing practices with at least 11 physicians in their employ to solo practitioners: 66 percent of the former had adopted EHR software, while only 37 percent of the latter had done the same.

The research also found that just 14 percent of physicians were taking advantage of the information-sharing capabilities of EHR software by dispersing relevant health data to other providers. This includes patients as well, with only 30 percent of physicians sending their patients secured messages and 24 percent providing patients with online access to their health records — indicating that between that two-thirds and three-quarters of patients were not seeing the benefit of their doctor's EHR system at all.

When bringing your practice further into the 21st century, it's imperative to invest in only the best chiropractic EHR software, to both streamline recordkeeping duties and improve patient care experiences.