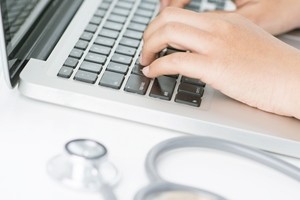 It's imperative that practices continue to invest in ICD-10 testing and training in order to keep up momentum.

Earlier this year, when Congress and President Obama agreed to delay ICD-10 implementation to October 2015, the healthcare industry was split on the decision. For many providers and organizations that simply weren't ready for the 2014 deadline, the extension offered for a much-needed reprieve. But for other clinics and practices, the danger in delaying ICD-10 was clear: Because the industry had been investing in an October 2014 start date for so long, pushing it back by an additional 12 months would undermine all of the momentum that had been building so far. While the new deadline date can't be changed, what can be helped is how healthcare groups spend that time.

As FierceHealthIT reports, the key to alleviating fears of rising costs and other resource-draining investments in the wake of ICD-10's delay is to simply keep up the momentum as much as possible over the next 16 months. This includes:

"The more testing that is completed and the more the results of that testing are disseminated, the better chance the industry has of a successful transition," Robert Tennant, a senior policy advisor for the Medical Group Management Association, told the source. "If any one of the critical links in the chain are not ready then practices themselves cannot be ready."

And as we shared with you earlier this week, the initial ICD-10 testing week performed in March yielded an 89 percent claims acceptance rate. In other words, so far so good.

Investing your practice's time and money into the best chiropractic EHR software can help keep your recordkeeping capabilities on track with ICD-10 compliance.