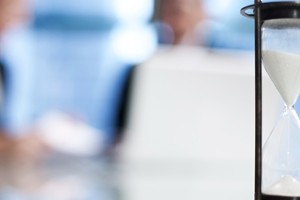 With over a year to go, providers have to carefully manage their ICD-10 preparedness timelines.

As regular readers of this blog are no doubt aware of by now, the healthcare industry's much-anticipated coding upgrade — ICD-10 — has been delayed to October 1, 2015. For better or worse, providers and payers now have just over 16 months to prepare themselves and their chiropractic documentation software for the new implementation start date. This wasn't the first time that ICD-10 has been pushed back and many in the industry are worried that it won't be the last, either.

Critics of the recent extension have argued that delaying the update by an entire year, just months before its initial due date of October 1, 2014, will not only undercut the momentum that had been building but also end up costing clinics more as they have to inevitably invest another year of resources into ICD-10 preparations. As we shared with you last week, analysts have concluded that ICD-10 implementation must happen next year or it could end up costing the industry billions of dollars. But with next year being set as the firm, and hopefully final, deadline for ICD-10, what challenges will clinics have to face in the months ahead?

According to news source Government Health IT, a lack of prepared vendors and providers falling behind schedules, both consequences of the delay, stand as serious impediments to timely ICD-10 implementation. As of February 2014, less than half of providers have already begun testing ICD-10, a significant drop-off from just a year before. Even those practices that are more optimistic about being ready for ICD-10 have placed it lower on their list of priorities, precisely because the deadline for it is now much further away.

But a year can pass by quickly, and if you want to ensure that your practice is ready for ICD-10 — and without interruptions to your regular administrative workflow — now is the best time to invest in the most accommodating chiropractic EHR software.