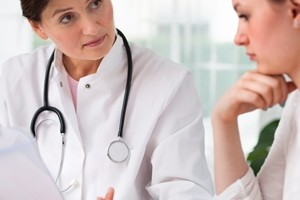 It's important to keep the momentum going on ICD-10 preparations in spite of the 2015 delay.

To say there has been something of a split opinion on the Centers for Medicare and Medicaid's (CMS) decision to delay ICD-10 until next year would be an understatement. Some clinics and physicians enjoyed getting what will end up being an 18-month reprieve rather than having to rush into an implementation deadline that had been set for this October. Others were shocked and frustrated with the extension, claiming that CMS' move undermines all of the time and effort already invested into ICD-10 preparations, and that the momentum that had been building toward a 2014 start date has been effectively neutered now.

While ICD-10 testing performed this past March reportedly saw an 89 percent acceptance rate, concerns abound about how ICD-10 implementation may or may not flounder in the extra time now allotted. To ensure more constructive results in the year ahead, Sue Bowman, the senior director of coding policy and compliance for the American Health Information Management Association (AHIMA), recommended six areas providers should focus on up until next October:

While chiropractic documentation software can doubtlessly help improve clinic recordkeeping and overall patient care, it's crucial that providers and payers alike continue to keep the ball rolling on these preparations, not just to ensure compliance with the October 1, 2015, deadline, but to also keep staffers thoroughly trained on and knowledgeable of the best coding practices. With the thousands of new codes that ICD-10 brings to the table, it's essential to have chiropractic EHR software that can keep the experience as streamlined as possible, mitigating any impact on a practice's typical workflow.