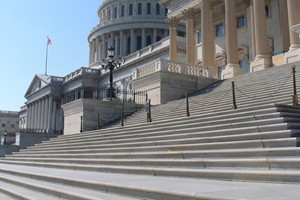 A group of senators are advocating to delay meaningful use stage 2.

Though the widespread adoption of chiropractic EHR software stands to benefit medical practitioners and patients in many ways, some are struggling to meet the the extensive requirements dictated by the government's meaningful use incentive program. As we've reported previously on this blog, various legislators and healthcare organizations have advocated to delay the onset of meaningful use stage 2, currently poised to take effect in 2014. Though this argument was counted by EHR experts including National Coordinator for Health IT Dr. Farzad Mostashari, EHR Intelligence reports that a coalition of senators has authored a letter to the same effect.

The letter was penned by 17 U.S. senators led by Republican John Thune of South Dakota. The missive argues that meaningful use state 2 should be postponed for a year to give medical professionals more time to prepare their practices.

"We are concerned that the regulatory structure of the program has created significant time pressure in 2014, and progressing to Stage 2 may not be feasible for all participants," the letter states. "an artificially aggressive Stage 2 timeline may have serious unintended consequences such as stifling innovation and increasing medical errors."

The senators also posit that the pressure of the transition to EHR software could exacerbate existing disparities between the care afforded in urban and rural districts.

Time will tell how this letter is received, and whether it will have an impact on the next stage of meanin​gful use. Whatever the outcome, it is essential for medical professionals to invest in chiropractic management software that is equipped to weather the change. Given the ever-evolving landscape of health care IT​, the best chiropractic EHR software should be adaptable, and supplemented by extensive training and the consistent support of a provider.