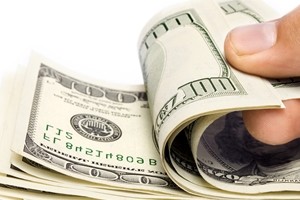 The Physicians Foundation has doled out millions in EHR grants.

If you're preparing to transition to chiropractic EHR, it's entirely understandable to be a bit apprehensive — especially with regard to the initial implementation. After all, this process can be an arduous one, particularly if you've aligned yourself with the wrong chiropractic management software provider. Previously on this blog, we've documented the struggles some medical practitioners have experienced because of this misstep, and the high rate of professionals who soon find themselves in the market for replacement EHR software.

With that in mind, Healthcare IT News reports that the Physicians Foundation has issued approximately $3 million in institutional grants to thousands of health care providers to facilitate their transition to digitized health records.

"Given the legislative and market need to adopt these systems, it is imperative physicians and healthcare providers understand all aspects of EHR adoption as well as feel confident they possess the leadership skills to navigate the current healthcare environment" said Physicians Foundation vice president Dr. Alan Plummer said in a statement.

Over 30 grants were issued altogether to aid with both "the selection and implementation of EHRs," the source states.

This signifies one of several financial incentive initiatives put in place to encourage the adoption of chiropractic EHR, including the meaningful use initiative helmed by the federal government.

To help more practitioners and patients benefit from the advantages of EHR software for the effective transmission of information and increased efficiency. With stage 2 just on the horizon, meaningful use has been the topic of much debate in recent months as detractors argue that its regulations are too strict. However, EHR advocates have noted that stalling this process now could prevent countless Americans from receiving better care.